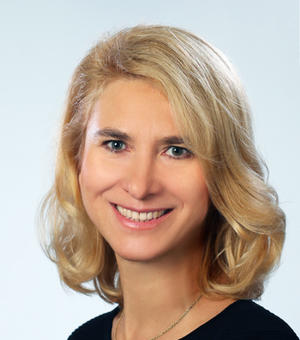 Dr Javorcik holds a Ph.D. in Economics from Yale (1999) and it is on leave from the University of Oxford, where she holds a Statutory Professorship in Economics (the first woman in this position). She is a member of the Royal Economic Society’s Executive Committee and a Director of the International Trade Programme at the Centre for Economic Policy Research in London. She previously worked at the World Bank in Washington DC, where she focussed on research, lending operations and policy advice.

Dr Javorcik is an international trade economist interested mainly in empirical work on policy-relevant questions. Her research programme focuses on identifying the policies through which developing countries can use international integration to facilitate their economic growth.

This paper uses high frequency data on the near universe of job adverts posted online in the UK to study the impact of the Brexit referendum on local labour markets between January 2015 and December 2019. We develop measures of local labour market exposure to the threat of trade barriers on both goods and services exports if the UK were to leave the EU without a trade deal. We find that regions that were more exposed to potential barriers on professional services exports saw a larger decline in online job adverts in the period after the referendum, particularly for higher skilled jobs. This effect was distinct from the impact of the exchange rate depreciation, uncertainty surrounding future immigration policy and the threat of future barriers on trade in goods.