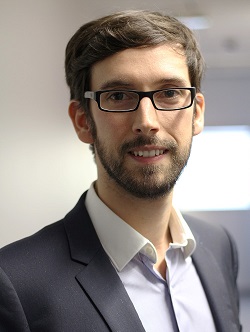 We define the concept of Press Related Opportunistic Political Monetary Cycle (PROPC) which correspond to an opportunistic political cycle induced by media coverage of monetary policy.  More precisely, we suppose that the treatment of monetary policy in the press has a significant and direct impact on the popularity of national political parties before an election. To investigate further on the existence of this concept, we collect popularity ratings for 6 German political forces on two different datasets: a national and a Länder-based. Then, we measure media coverage through a textometric analysis on more than  26.000 press articles from 6 different German newspapers. Finally, we estimate popularity functions for German political parties in which we introduce our textometric measures from January 2005 to December 2021. Our analysis underlines the existence of PROPCs in Germany on the month preceding federal elections, elections to the European Parliament and elections to the local Landtags. This result is robust to an alternative database composed of former East and West Germany, alternative pre-electoral periods and a tone analysis measuring the sentiment of the article dealing with the European monetary policy.