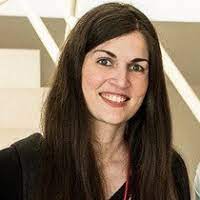 During the first two decades of the 21st century, the average number of schooling years of the Portuguese workforce increased at a fast pace. Although this progress did not fully eliminate the education gap to the most developed countries, it represented a structural change in the composition of the Portuguese workforce, albeit, naturally, older generations still report education levels well below the EU average.

A structural change of this sort has long been advocated as the solution to a longstanding problem of the Portuguese economy: low productivity. However, paradoxically, the large increase in the schooling of the workforce has not been accompanied by an acceleration of aggregate productivity growth. In fact, aggregate productivity has remained stagnant for most of this period.
In this paper, using a rich linked employer-employee database for the Portuguese economy, we document, at the industry level, the evolution of the education level of the Portuguese workforce and provide estimates of its impact on productivity. We show that the increase in the years of schooling was observed in all sectors, but the STEM and Social Sciences, Business and Law graduates were absorbed by a relatively select subset of industries.
Our estimates indicate that the increase in the schooling level of the workforce had a significant positive impact on productivity growth at the sector level.
Why this industry-level impact is not visible at the aggregate level is a matter that requires further investigation.