Francisco Veiga is Professor of Economics at the School of Economics and Management at UMinho. Holding an undergraduate degree in Economic and Political International Relations from UMinho, and a Ph.D. in Economics from the University of South Carolina, he teaches and researches in the areas of Macroeconomics, International Monetary Economics, Political Economy, and Economic Growth.
He was president of the European Public Choice Society from April 2017 to April 2019, is a member of the Editorial Board of the European Journal of Political Economy, has several articles published in journals such as the Journal of Development Economics and the European Economic Review, and coordinated several research projects.
He was Dean of the School of Economics and Management, an elected member of the General Council of UMinho, director of the Economic Policies Research Unit (NIPE), of the Department of Economics, and the Ph.D., Master and undergraduate programs in Economics.
Among the consultancy tasks performed are studies for the European Court of Auditors, the Portuguese Directorate General of Local Authorities (DGAL), Secretary of State of Culture, for the firm Parque Escolar, E.P.E., and Associação Missão Crescimento.

The political economy of productivity growth

The Effects of Electoral Incentives on Fiscal Policy: Evidence from a Legislative Change at the Local Government Level

The evolution of fisheries in Portugal: A methodological reappraisal with insights from economics

Forecast Errors in Prices and Wages: The Experience with Three Programme Countries

Portuguese 2015 legislative elections: How economic voting, the median voter and unemployment led to 'the times they are a'changin'?

Public spending and growth: The role of government accountability

Does voter turnout affect the votes for the incumbent government?

Economic performance and turnout at national and local elections

The political economy of seigniorage

Why do stabilizations fail?

Does opportunism pay off?

Economics, Popularity and Vote Intentions in Portugal: A Longitudinal Analysis with Aggregate Data

The Determinants of Vote Intentions in Portugal

What causes the failure of inflation stabilization plans? 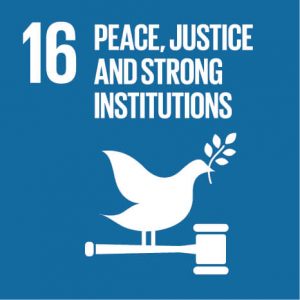